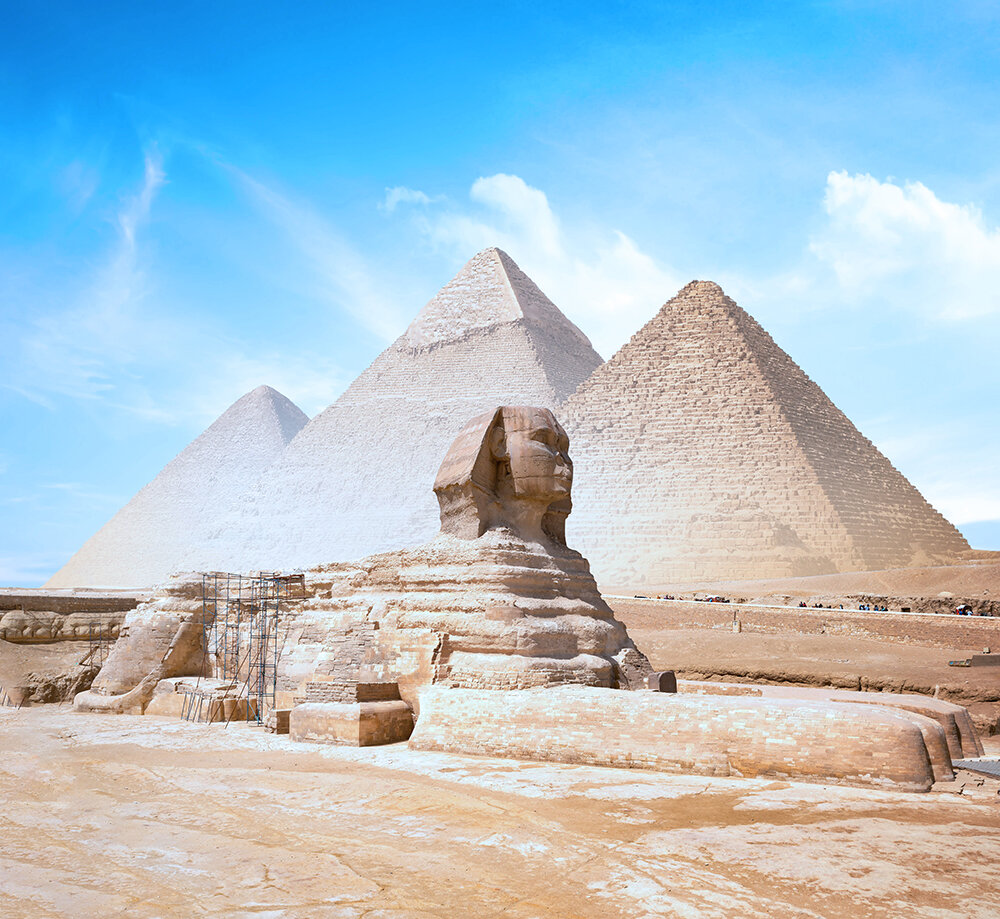 History reminds us that data helped build the Pyramids

The Egyptian pyramid of Khufu in Giza is the largest of all Egyptian pyramids and the only one of the seven wonders of the ancient world still in existence. Why would that be important to the world of data analytics?

The scribes of ancient Egypt also documented their calculations and theories for building all the ancient pyramids on mathematical papyri. Some of these include:

Without data it probably would have been impossible to do resource planning, organise logistics, allocate cost and meet completion deadlines whilst building the Egyptian pyramids approximately 4500 years ago.

Fast forward to the 1880 United States Census when it took them seven years to process collected data into a report. Ten years later the tabulating machine was invented by Herman Hollerith. This invention enabled systematic processing of data collected on punch cards and reduced the time to turn data into a report to eighteen months.

One hundred years later relational databases were invented which allowed users to write Sequel (SQL) to retrieve data from a database. Data could then be accessed on demand.

Big data, analytics and intelligence are critical for business success

Enough history, today in 2020 we live in the information age where 90% of today’s data was created in the last two years. The data science community has developed into at least 21 specialist domains, ranging from Algorithm design and execution to volume, velocity, and variety of big data on cloud. The need to develop data science processes and codes of ethical standards has become vital to ensure that data is collected, stored, secured, analysed, and shared legally and ethically. In countries such as the USA, UK, Australia, and Canada government and professional bodies has already progressed well in establishing and developing responsibilities to the profession. In South Africa, the Association of Fraud Examiners (ACFE) standards forum is actively developing the professional and academic standards for data science professionals.

Big data, analytics and intelligence are arguably the three most critical pillars for any organisation to achieve success over the next three to five years. Big data is collected daily from sources such as cell phones, bank payments, security and other cameras, inter-of-things (IOT) sensors, emails, videos, click streams, and social media platforms. Of these sources 80% of data growth is video, images and documents.

Data scientists often refer to two types of data, structured and unstructured data. It is estimated that 90% of generated data is unstructured. Unstructured data is information contained in videos, images and documents and the data cannot fit into a database. In comparison structured data generally resides in a relational database. For example, the data could be organised in fields listing names of people or places, telephone numbers, bank account or credit card numbers, dates and times.

Understanding what value could be extracted from data is one of the biggest challenges business decision makers face today. Two groups of people exist on the extreme opposite sides from each other in data analytics; namely those that that are qualified to use sophisticated data analytics software and then those that are gathering data at the frontline of systems and processes. In the middle are the rest “swimming” in the grey pool of data. In the South African context, we can add the vast number of SMMEs operating in the townships in the informal sector. In her research Dr. Stella Bevuma found that township SMME’s thought of ICT as desktops or supercomputers; many of them were not even aware that their mobile phone or device is ICT and can be used in their business operations. How do we make our data analytics in South Africa all-inclusive? Statistics collaborate why formal data analytics services should urgently take note of the massive growth of transactions that were done on a mobile device. Mobile usage for online shopping in South Africa has grown by 159% year-on-year compared to desktop by 37% year-on-year says Pay Fast.

For XTND it matters how we serve not just large enterprises in solving big data challenges but also the small one-man business operating in the township. Up to now the truth is that most business process outsourcing providers has focused on the solving for the customer with the biggest wallet. At XTND we have the subject matter experts, the experience and a partnership with IBM to give the SMME access to sophisticated data analytics as-a-service and at a fee that will suit their business. There is no need for SMME’s to think that they cannot benefit from the same technology as big business. Right now, every SMME’s priority is to survive the pandemic period, keep their customers, and find new ways to deliver on their value proposition. Our objective is not to sell to the customer if our solution does not solve their unique business challenge. No matter the size of the business we apply the same methodology in analysing data with the aim to gain new insights that could be used for the purposes mentioned above.