Skip to content
The Clever Hans effect. Was he a mind-reading horse and his owner a fraud?

Was he a mind-reading horse and his owner a fraud?

During the opening years of the 1900s a German teacher Her Wilhelm von Osten trained his horse, Hans in maths and the German language. Hans was rewarded with bread, carrots, and sugar. Hans was taught to stomp his hoof providing an answer to a question. For example, what are four times three? He then tapped his hoof twelve times! The questions ranged from very simple to very complex as his experience grew. It went so well that he started performing for audiences. One could say his master was a true entrepreneur and of course that Hans had human-like intelligence. He did however sometimes get the answers wrong, especially if the questioner either did not know the answer to his own question or when Hans couldn’t see the questioner directly. Could it have been a classic case of humans incorrectly humanizing an animal?

Along came a skeptical scientist Oscar Pfungst whose intuition guided him to believe that Hans was a genius in body-language. After a month of experimenting trials on Hans, Pfungst and friends concluded that Hans got their questions right more than 90% of the time when the experimenter knew the answers they asked Hans clever questions. They found that Hans developed a very good ability to look at the questioner’s head. Hans was a true genius in watching body language and non-verbal cues and knew that he could trick humans into feeding him for stomping his foot. The lesson we (HR and other employment professionals) can learn from Hans is that we must be careful when testing people because they can sense what we want from them from reading our bodies through observing subtle and unintentional cues.

Why is this story relevant to employing new staff?

The obvious is that job-applicants will most often in an interview respond to our questions with a bias towards our personal interview style and reaction to answers. The more “carrots” (subtle body language clues) we give them in an interview, the more times they will “tap” (speak) the answer we want to hear. Chances are very probable that if we are looking for a loyal and honest person for example and show a bias towards those characteristics, the more a job applicant will give us reasons to believe that they are such a person. Or alternatively, most job interviews flow like in this YouTube video created by Mercedes Benz (video below). Neither way the odds are stacked against either the interviewer or the interviewee. 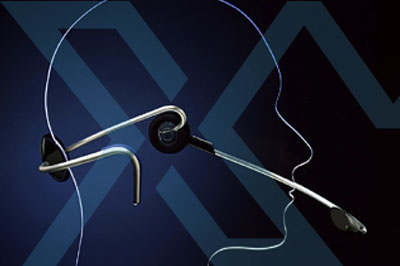 How can we as HR professionals ensure that we remove any bias from a final interview?

By using affordable technology as a tool before the final interview! We propose using Layered Voice Analysis™ (LVA) which detects the emotional content in any vocal communication, using a microphone, over the phone. LVA uses unique Bio-Markers of the voice to assess the “genuine” emotional reflex in a human’s voice to reveal the true sensations and feelings in a conversation. Characteristics such as loyalty, honesty, confidentiality, theft from workplace, bribery and kickbacks, fraud and deceit, drug and alcohol dependency could all be exposed with accuracy. Even the Cleverest Hans will not be able to manipulate their job-interview allowing you to focus on capabilities, culture-fit and other value requirements.