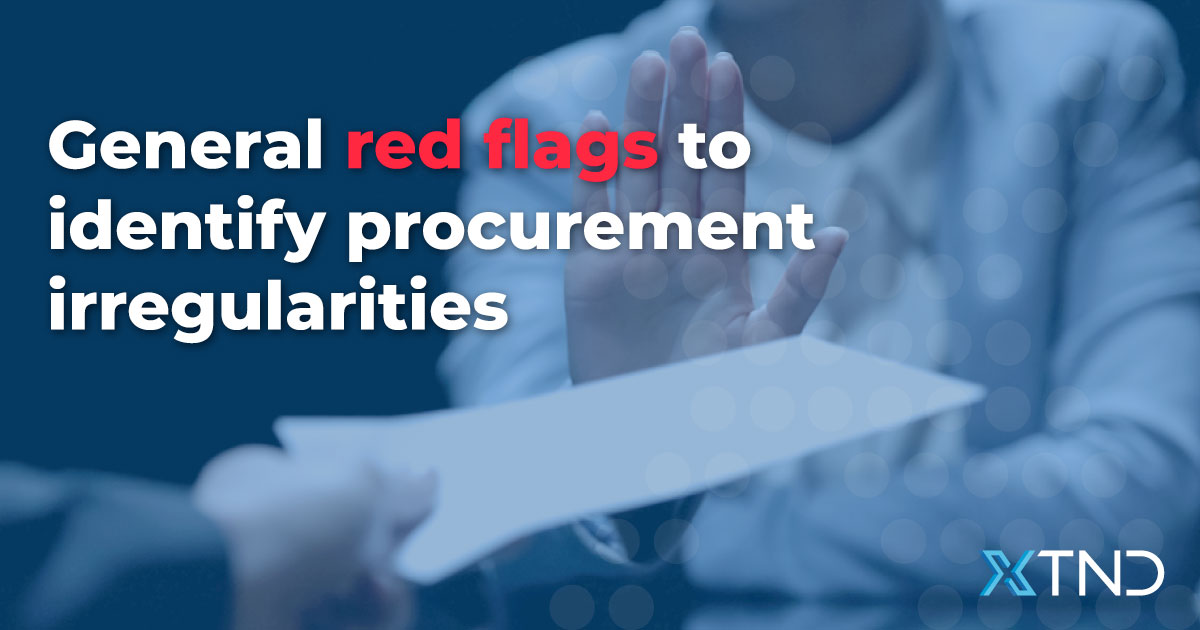 When working with massive volumes of data containing thousands of line items – all with information related to transactions and/or payments, it becomes very difficult to focus on and understand the detail of the data. One can use models to detect red flags that identify anomalies or irregularities and then focus and study them in detail. A red flag doesn’t mean a transaction or payment is necessarily corrupt or illegal, it just hints that a closer look may be required to identify and reveal irregularities. The more red flags triggered, the stronger the suspicion of an irregularity, and an investigation is essential from this point.

Red flags are not a set of rules, but can vary in form and from business to business and industry to industry. Identifying red flags comes with experience, and over time and can include the following:

We have found from our experience, that people who never take leave or ensure they always work at month-end on the financials, or balance the books while on leave, are more liable to belong to syndicates and other schemes to embezzle or steal from their employer. They do this to keep absolute control, and not allow anyone else access to their system or work, as this could result in another person identifying irregularities.

Coming in early and leaving late

Individuals who tend to stay late and come in early in the sequence, or on specific dates or days is also an issue that needs to be looked at. One investigation revealed that employees waited for all their colleagues to leave before manipulating or processing data, and then came in early the following day to revise or change the manipulated information back to the original. For example, Payments are made to a different account, but the account number on the system is changed back before anyone can identify that a payment was made to a different bank account.

One of the biggest red flags is where multiple orders (PO’s) are awarded to the same supplier, with the same date or in the same proximity, and with the same description. Another red flag that goes together with this one, is numerous orders just below a certain authorization level – all requested or signed by the same person, to circumvent the segregation of duties process.

Amendments after awarding of contracts to the same suppliers, by the same role players

The lowest price is often not the cheapest. From experience, we have established that if the same supplier regularly wins a contract at the lowest price and amendments are then carried out afterwards, this represents a massive red flag. The chosen supplier’s final cost is often more expensive than the most expensive tender, at the tender stage. In this scenario, a company submits a low offer to secure the tender, sometimes bidding even below its cost. A few months later it applies for an amendment with additional costs, thus recouping its losses (and often much more). When the final cost of the work amounts to much more than its initial budget, the question arises if this was not planned from the beginning?

When managers from other departments or engineers who are there to give advice and guidelines on acquisitions, start signing off orders, especially to the same suppliers, which results in the procurement section or planners being circumvented, one needs to investigate the reason why this is done.

Sole suppliers for certain goods that are freely available

If similar goods that are freely available in the market (which are not store items where a contract is in place), are procured from the same supplier at different prices, one needs to have a closer look.

Procurement policies must ensure that a reasonable time for suppliers to respond to RFQ’s or RFP’s is allowed. If a tender allows interested providers only a couple of days to respond, especially if it has a complicated scope of work, then beware. The question is why rush if you want the best offer? In these situations, it could be an indication of tender-rigging, as the requester has a supplier in mind who probably had the scope of work before the tender was published, and has had ample time to compile a well-defined proposal and costing. Emergency acquisitions should be an exception, as in itself it is one of the biggest red flags.

Same product with a huge difference in prices

When looking at the prices paid by your business to a supplier over a given period, e.g., a year, you will find that there are huge differences in the prices paid for the same items over this period. Items procured where the exchange rate plays a role can have vast differences in price over a year, but goods procured locally should not have huge fluctuations in price. This can be an indication that the buyer is conspiring with a supplier.

Other red flags in procurement and payroll data that can also indicate irregularities or manipulation are:

Using the most recent and state-of-the-art technology, XTND has developed models and solutions that identify and act on the red flags mentioned above. Once a red flag is identified, it needs to be dealt with in a proper way to ensure evidence is preserved for future litigation, disciplinary action, or even criminal action. With 17 qualified International Certified Fraud Examiners, and having been awarded the South African Association for Certified Forensic Examiner’s “Corporate of the Year Award” 6 times, XTND is the ideal partner to assist businesses in detecting, investigating and fixing potential and actual problems, quickly and effectively.

Should you identify some of these red flags, or need any assistance in risk management or forensic services, please contact XTND today.