ExposeIt provides a completely anonymous way for employees and outsiders to report corruption and unethical behaviour to companies. In a country ravaged by state capture, bribery, corruption, and fraud, whistle-blowers are a valuable asset to bring the guilty to book.

Whistleblowing can, however, have disastrous consequences in South Africa. Numerous people have lost their jobs and live in fear because they decided to report wrongdoing. In an ideal world the Protected Disclosures Act – aka the Whistle Blowers Act – should protect whistle-blowers against persecution. In practice this does not happen. The identity of whistleblowers is often leaked after which they can face discrimination and even death threats. 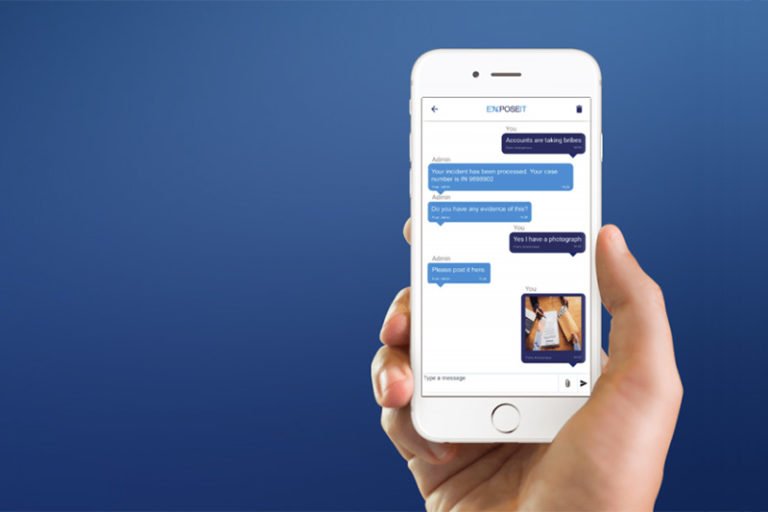 To overcome this problem, forensic investigations firm XTND has launched the ExposeIT app which protects the confidentiality of whistleblowers. Complete anonymity is achieved by never asking any personally identifiable information from users. Instead, a random ID is used to communicate with whistleblowers. Using this ID, employees and outsiders can report unethical behaviour to companies through texts messages, images, videos, and other files. No personally identifiable information, like IP addresses, IMEI numbers, or mobile numbers are recorded or reported by the app.

An additional layer of protection can be built in using XTND or another party to scrape any information which the whistleblower may inadvertently share. XTND also provides administration and analysis of incoming reports and communicates anonymously with whistleblowers in real-time to gather accurate and essential information.

By providing complete anonymity and confidentiality, there is no possibility of whistleblowers facing victimisation or losing their jobs. This, in turn, results in far higher response rates from employees and a much better system to fight corruption. Speaking to MyBroadband, XTND CEO Servaas du Plessis said many South African companies are now using the ExposeIt app to fight corruption.

Noteworthy companies using the app are Liquid Telecom, EOH, KPMG, Weylands, Arcelor Mittal, Liquid Telecom, Grindrod, Rubicon, and Distell. Du Plessis said they have had numerous successes in uncovering fraud and corruption which saved companies’ millions. The chart below shows how the ExposeIt app is used to report unethical behaviour at EOH.