Skip to content
Certified Fraud Examiner of the Year 2020

Certified Fraud Examiner of the Year 2020 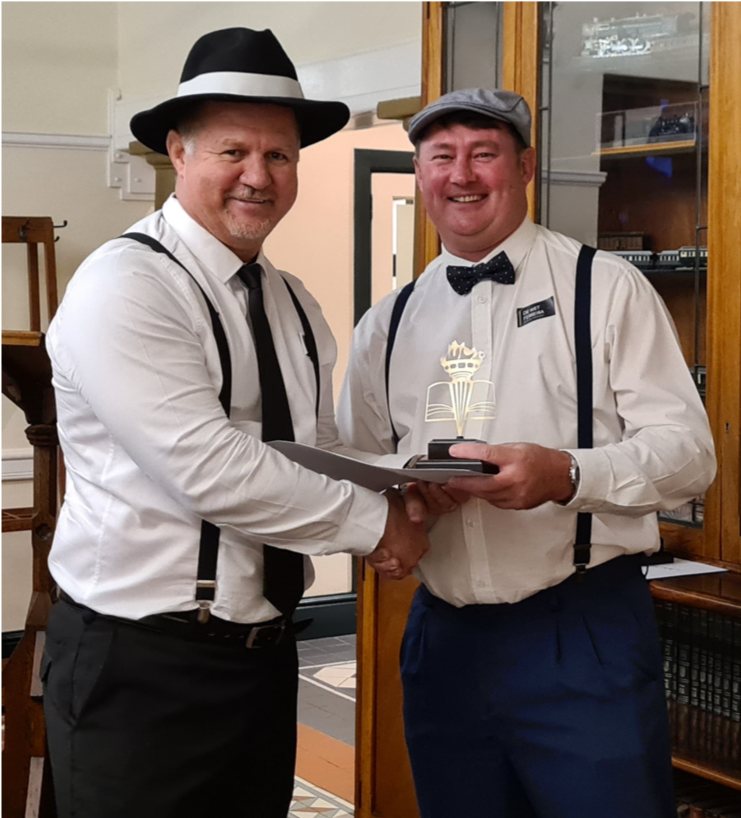 The Certified Fraud Examiner of the Year Award is presented to a CFE who has demonstrated outstanding achievement in the field of fraud examination.

We would like to nominate Marius Zeelie for the Certified Fraud Examiner of the Year.

Marius is an active and registered member of the Tswane Region of the ACFE and he mostly let the results of his impeccable investigation skills do the talking. He is a person with huge integrity, professionalism, work ethics and is well known in the forensic industry. He has a wealth of knowledge that he is always willing to share which include but is not limited to game investigations, fire investigations, forensic investigations, etc.

Marius not only manages a team of CFE’s, but he gets involved in the investigations which contributed to the tremendous successes in the fight against fraud and corruption. The team under his guidance detected and successfully investigated fraud and corruption to the value of more than R 2 billion across the private and public sector. The investigations, mostly occupational fraudsters, included all levels of the organisations and departments – from junior entry-level staff to C-suite and board members of listed entities. He was instrumental with the team of forensic auditors of one of the big four audit firms who assisted this corporate with amongst others, their GRC by managing the investigations and supplying weekly feedback and evidence.

Marius created an intelligence team under his supervision that uses the latest technology to combine various intelligence sources to supply an unequalled product to identify irregularities like a conflict of interest, fraud, dishonesty and corruption. This service offering has assisted government departments and corporates to successfully identify and manage one of the biggest current challenges in South Africa – conflict of interest.

Marius further uses advance technology to develop and create schemas and models that analyse data in near realtime to identify issues like payroll and supplier fraud, money laundering and other white-collar crime relationship hidden in the data. These models were successfully used not only to identify wrongdoing, but they also identified shortcomings and loopholes in clients’ systems and processes. After identifying these shortcomings or loopholes, Marius assisted the clients to implement preventative structures, processes and policies in place to minimize their risk exposure.
He is actively involved in the training examiners across the spectrum of occupational and insurance-related crime investigations always striving to improve current systems and processes. He is instrumental in the development of policies for the imaging processes of digital devices to ensure the chain of evidence is sustained.

Marius has dedicated his career of almost 30 years to combat fraud and corruption and have a positive influence in the fraud-fighting industry in his endeavours to make South Africa a better place for all.

We believe that he is a worthy recipient of the CFE of the Year award acknowledging his unwavering commitment to the profession.